Click the "FIND OUT MORE" button below
to see showcased sport skills.

On November 10, 2019, nine agile mini cheetah robots, built by researchers at the Massachusetts Institute of Technology (MIT), were let off their leash to demonstrate their superior athletic abilities. The four-legged machines, controlled by their human creators, began with a warm-up run across the field in full formation. They then took turns maneuvering a soccer ball. As often happens in games, a couple of the team members got into a skirmish and jostled with each other until they both fell onto their backs. Fortunately, they reconciled for the grand finale — a perfectly synchronized backflip, one that would make even a world-class gymnast like Simone Biles proud! 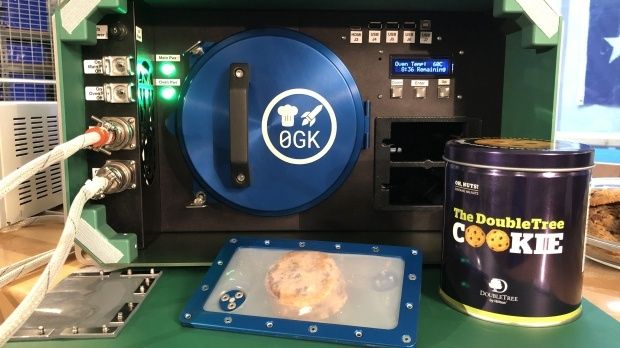 The story behind the first batch of cookies in space
and the first zero-gravity oven at CTV.

Unlike early space travelers, who had to consume mysterious powders, purees, and freeze-dried cubes, today's astronauts enjoy a variety of freeze-dried meals, snacks, and desserts that can be commonly found on Earth. However, delicious as the cuisine is, it pales in comparison to a freshly-cooked meal. Though the ability to cook an entire spread in space may take a few years, astronauts at the International Space Station (ISS) may soon be able to enjoy freshly-baked cookies, thanks to a newly-acquired space oven.

The Zero-G oven built by NanoRacks — a space company that helps develop experiments for the ISS — was among the 8,200 pounds of science investigations and cargo aboard a resupply spacecraft sent to the ISS on November 2, 2019.

Two years ago, aerospace manufacturer SpaceX stunned the world by landing its reusable booster engine — the biggest and most costly part of the rocket used to power spacecrafts into low orbit — on an autonomous drone ship in the Atlantic Ocean. Now, California-based startup Rocket Lab, has come up with an even bolder idea: using parachutes and helicopters to capture the returning booster, or first stage as it is often called, in midair!

Rocket Lab's decision to avoid the “propulsive,” or vertical, landing used by SpaceX stems from its business model to keep its Electron rockets small and cost-effective.

Most male birds try to attract mates with  elegant  gestures. Seabirds bob their heads and flutter their wings, while peacocks fan out their beautiful feathers. However, the white bellbird, endemic to the Amazon rainforest in Brazil, dispenses with the pleasantries and cut to the chase by shrieking in its prospective "date's" face at a deafening 125 decibels (Db)— the loudest bird call ever recorded.

To put it in perspective, that is 40 Db higher than the safe hearing range for humans!

Though not as mainstream as devices like smartphones and fitness trackers, more companies are now experimenting with the concept of connected garments. Among the pioneers is London-based CuteCircuit, which has been creating fashionable smart clothing since 2004.

The company's latest innovation is the "Sound Shirt," which allows deaf people to "feel" live music by transforming the tunes into touch sensations in real time.

Boyan Slat has been dreaming of cleaning up the world's oceans ever since he was a teenager. On October 2, 2019, the now 25-year-old announced that System 001/B, an autonomous retrieval system developed by his non-profit Ocean Cleanup, had successfully trapped plastic debris floating in the Great Pacific Garbage Patch. Located between Hawaii and California, the  approximately 617,763 square-mile mass of waste is the largest  accumulation of ocean plastic in the world.

"After beginning this journey seven years ago, this first year of testing in the unforgivable  environment  of the high seas strongly indicates that our vision is attainable and that the beginning of our  mission  to rid the ocean of plastic garbage, which has accumulated for decades, is within our sights," said Slat.

Mini robots that can roll, fly, float, swim, and even come together to morph into a single machine, may seem like something straight out of a science fiction movie. However, if a team of NASA scientists has its way, the self-assembling Shapeshifter may soon be exploring treacherous distant worlds in search of alien life.

Still in its preliminary stages, the flying, amphibious robot is the brainchild of NASA’s Jet Propulsion Lab roboticist, Ali Agha and researchers from Stanford University and Cornell University. The team’s first prototype, unveiled on October 9, 2019, comprises two flight-capable drones, or “cobots,” that fit together perfectly, like a puzzle, inside a pipe-frame cylinder structure. The circular robot can roll like a barrel, easily navigating stretches of flat or hilly terrain. When needed, one cobot can detach itself and, using the other as a launchpad, fly skyward with the help of its propellors. 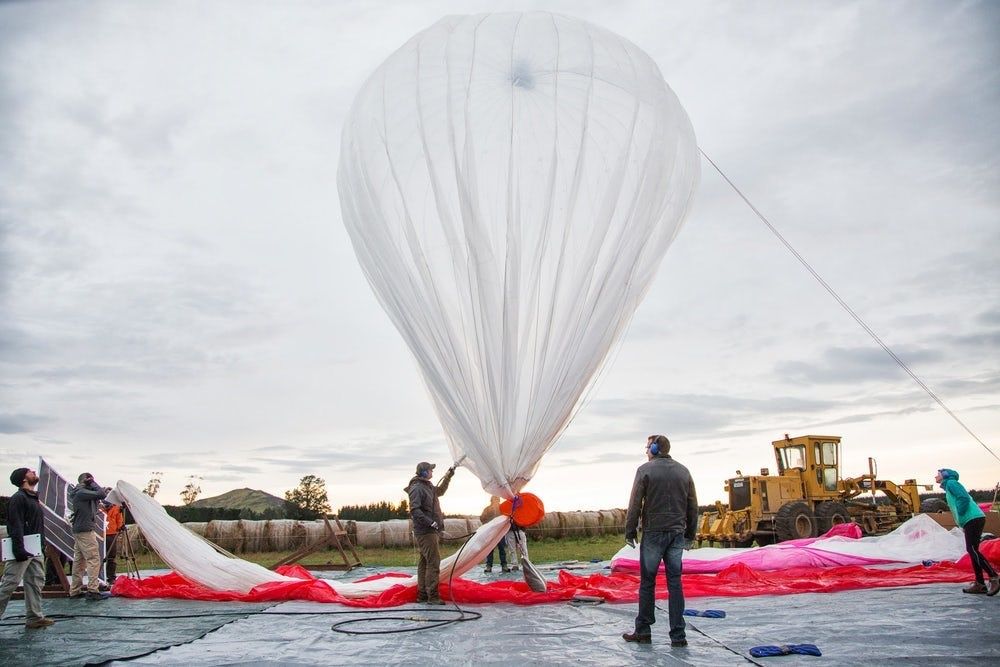 Hurricane Maria, which tore through Puerto Rico in late September, knocked down 95 percent of the island’s cell towers and electric poles. While cellular telephone and utility companies have been frantically trying to restore the services, approximately 80% of Puerto Rico still has no wireless service or electricity.

On Friday, October 20, X, the innovation laboratory of Google’s parent company Alphabet, helped restore connectivity to a few lucky residents by deploying two of their massive Project Loon balloons. Floating 60,000 feet above the Caribbean islands, they enabled customers of cell phone carrier AT&T to connect to basic text, email and web services. If all goes well, the company plans to send an additional 28 balloons, enough to bring back wireless service to not just the residents of Puerto Rico, but also, the nearby US Virgin Islands that was also impacted by the storms. The balloons, which can provide uninterrupted signals for up to six months, will give cellular companies enough time to repair the ground towers. 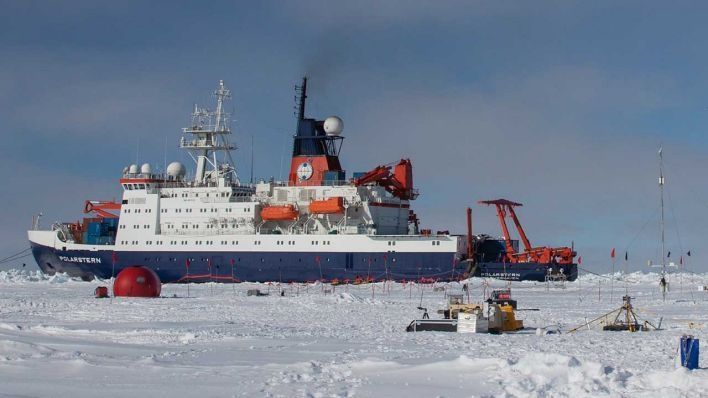 In 1893, Arctic explorer Fridtjof Nansen deliberately lodged his wooden ship in the sea ice north of Siberia, hoping that its natural drift would take him to the North Pole. Though the Norwegian scientist failed to reach his desired destination, his three-year-long, 2,000-kilometer journey into the North Atlantic Ocean revealed important data about the then-mysterious Arctic Ocean. Now, an international team of researchers have embarked on a similar journey for a groundbreaking climate change study of the Arctic.

The Multidisciplinary drifting Observatory for the Study of Arctic Climate (MOSAiC) expedition began in Tromso, Norway, in late September 2019. The team’s first challenge was finding a suitable floe to moor their research vessel — German icebreaker Polarstern. The ice sheet had to be both strong enough to drag the ship and wide enough to accommodate a landing strip for research and emergency airplanes. It took a few days, but by October 4, 2019, they had identified a 2.5-by-3.5 kilometer (about 1.5-by-2.2 mile) sheet that could do the job. “It may not be the perfect floe, but it’s the best one in this part of the Arctic, and offers better working conditions than we could have expected in a warm Arctic summer,” said expedition leader Markus Rex of the Alfred Wegener Institute for Polar and Marine Research.

When you sign up for email updates from Amazing Girls Science,
you will begin receiving:

Amazing Girls Science is a subsidiary of  Saturday Academy.